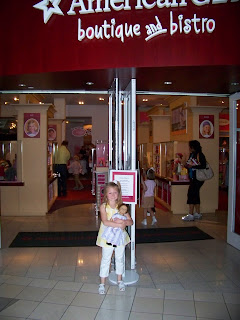 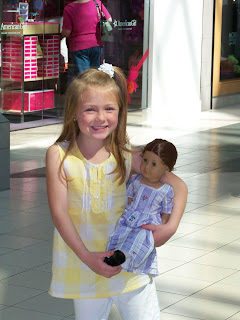 One specific area that I've slacked off from since going back to work is this blog. Something had to give I guess, and while it bums me out that I'm no longer keeping track of these precious moments with our blog, it does excite me when I can steal a few moments for an update.

Emily is six. Wow. I don't even know what to say about that, so I will move on to the birthday festivities. Emily decided that rather than having a birthday party, this year she would like to go to Atlanta for the weekend and get an American Girl doll. The weekend was planned, and off we went!

The very first place we went was to the American Girl store. Emily and I knew exactly which girl she was going to get, and Saturday just happened to be the last day they would sell this beautiful doll. Her name is Felicity, and she is from the 1774 era. (And no, I really did let Emily pick, but I have to admit that I was thrilled to begin reading all the American Revolution events during the Felicity American Girl books! What can I say? I love fourth grade Social Studies!) Now this store is amazing! But somehow, the twins quickly grew tired of looking at expensive dolls in boxes. So while Emily and selected the necessary accessories, Scott took the twins to roam the rest of the mall. What a good dad, huh? (Hold that thought... you may change your mind in a few sentences!)

Once we purchased the doll, her accessories, and had her ears pierced (Yep, that's right. The doll got her ears pierced, and much to Scott's dismay, it was more expensive than when Em got her ears pierced!:) We walked out to find this precious pair with Daddy. I quickly informed Scott that not only was the Felicity doll from the 1774 period being permanantly retired, but so was her best friend Elizabeth... the same Elizabeth from all the storied that Emily and I read together. Surely we couldn't leave without Elizabeth, right? Luckily for me Scott agreed. (Really, it wasn't that hard.) I rushed back in to get the doll while Scott showed the kids this awesomely huge clock in a jewelry store. 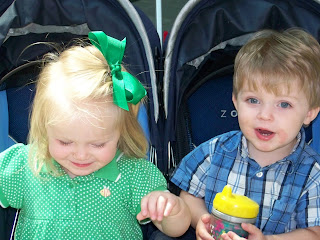 Now here it where it gets interesting. Scott jokingly tell Emily that he had a giant magic marker so she could print her name on the back of her Felicity doll. No joke, another mom who overheard did a triple take paired with an audible gasp before she caught on that he was joking. But not only that, it turns out while they were looking at the giant clock, Eli started loudly pointed to the clock while YELLING "Big Cock!" Scott's response to the horrified on-lookers? "Oh its okay. We're from South Carolina, its okay to say cock!" *deep sigh*

The rest of the trip was rather uneventful. Emily randomly saw a girl from her class in the food court. She had also gotten her first American Girl doll. The girls were thrilled to see each other! 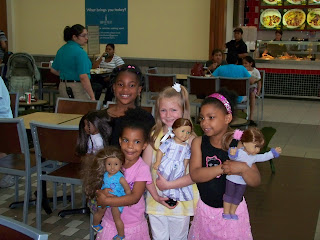 It wasn't until we got to the hotel room that we gave Emily the Elizabeth doll. She was one happy girl! 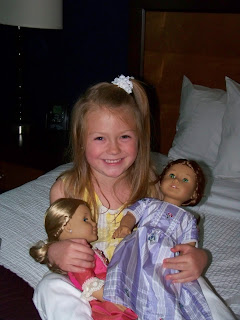 The next day we went to the Coca Cola museum. We had a great time except that once we got to the tasting room with over 60 sodas from around the world, both Scott and I realized at the same time that Emily doesn't even like carbonated beverages of any sort. Um... what were we thinking? Emily politely refused tasting many of the beverages and when asked why she didn't speak up about not even liking Coke she simply replied, "I didn't want to be a rude birthday girl!" Even now, neither Scott or take the blame for coming up with the Coke Factory tour. As far as we're concerned, it was somebody else's horrible idea. Luckily, our family had fun anyway! 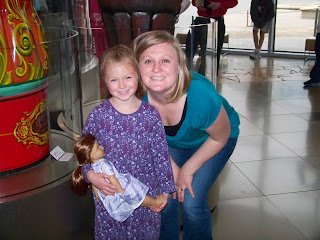 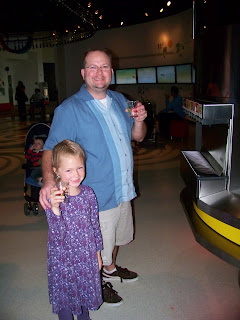 Finally, here are some cute pictures of the kids playing at the Olympic Park in downtown Atlanta. Notice Emily "helping" her twins down the slide! It was a great way to get out some energy before the long car ride home. And yes, Emily brought her dolls to all of the day's events!

Happy Birthday to our sweet girl! 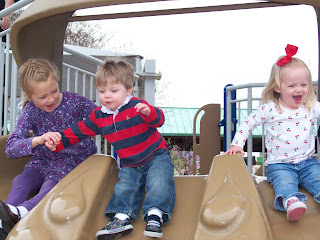 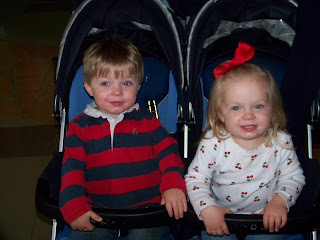 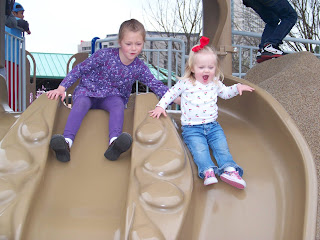 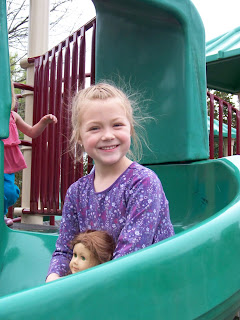 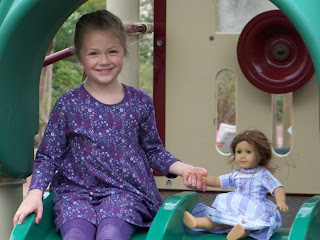 Posted by Scott and Malisa Johnson at 12:44 PM 1 comment: