So do you see these awesome kids? My friend Becky and I have been dreaming about getting these kids together for more than ten years. Ten years? Yep. No type-o there.  Becky and I used to sit around and think about how our lives would change as we got older. At that time there were no husbands. No kids. Both of were starting our first teaching jobs. We weren't in a hurry to grow up, but rather I remember us being very aware of the current rare time in life that we were finally "adults" yet nobody depended on us. We were independent of our parents, yet also independent of others.  We knew that would change, and it did.  All we knew was that when marriage and children came... we wanted to do that part of our life together too. 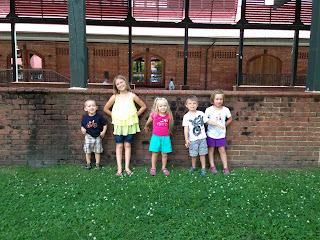 We often talk on the phone about our "parallel" lives. It seemed that the struggles that Scott and I were having with life, wether it with a career issue, parenting frustration, or just juggling the finances of raising a family, the Andersons were there with at the same point in life. Though South Carolina and Colorado are far apart, the similarities in life pulled us even closer together. 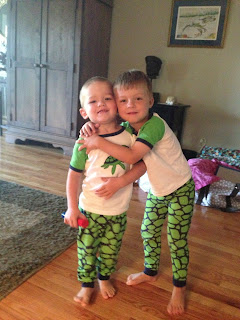 Watching our kids play was beyond "fun." It was a dream. They got along and played so well. Some of my favorite parts of the week were the downtime around the house with play dough, hot wheels, or a picture book. Emily read a lot to the littler ones. And by the way, our twins were born in the same month as Evie. Jack is only two, but thinks of himself as four. Eli and Jack loved that they had the same pajamas. That was an accident. When they walked out of separate rooms in turtle pj's Becky and I could only mutter "parallel lives" with a smile. 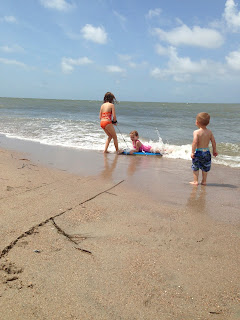 This was how we spent most of the mornings in to early afternoon. 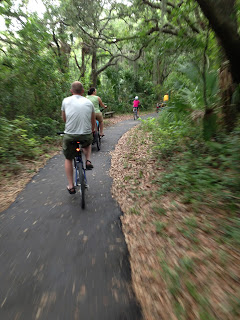 We towed the kids to the beach in bike trailers and took a ride for snow cones and dinner around the island. That was a beautiful bike ride for sure. 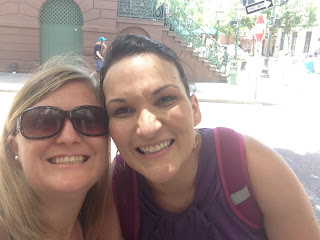 One night at dinner Becky and I surprised Scott and Jay with a shark fishing trip. I was a little unsure, as was she. We didn't know what expectations to have, but it was affordable, and looked like fun. We sent them off the next morning and took the kids in to Charleston for a day's adventure. 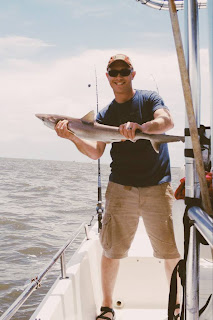 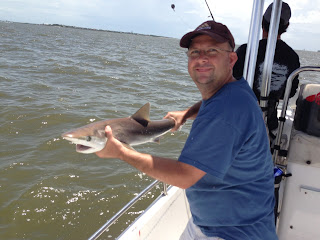 I think its safe to say the dads had a great time. Scott and Jay both caught a couple sharks each. We were thrilled they had such a good time. Ironically, their captain is currently on a realty show that airs Sunday nights called Top Hookers. It was fun to come home and watch their captain compete on the show. 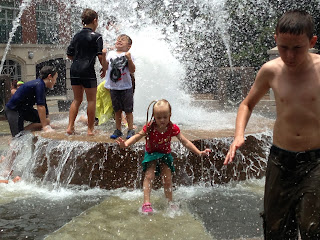 This is some of what we did while the boys were fishing. It was hot, and so this was inevitable. We walked all the way from King and Market streets to the waterfront park. Quite a trek for an 8 year old, three 4 year olds, and a 2 year old. 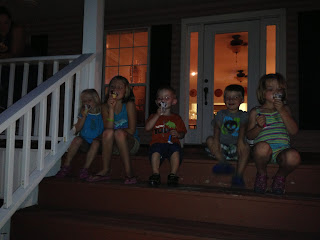 Most of all we did a lot of this. One of my favorite things about the beach house was that the dining room table had enough seats for all nine of us to gather around. And we did. A lot. 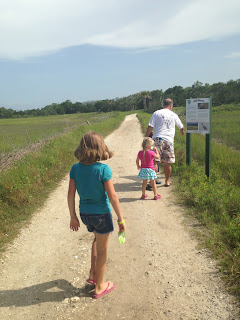 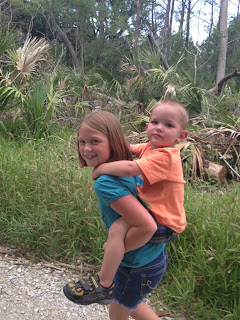 We also took trips like this to Botany Bay 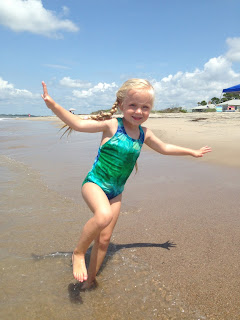 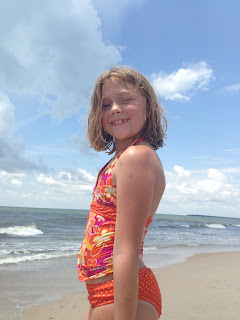 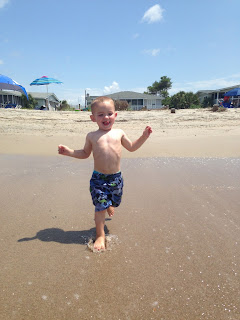 and played...
on the beach. 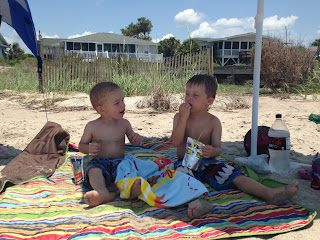 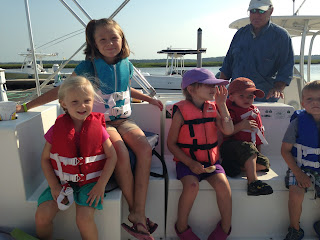 All of us loaded on to a shrimping boat and spent a couple hours dragging the nets. While it was great, and tasty, to pull up shrimp, it was also fun to watch the kids sort through the other flounder, rays, various fish, and jellies that came up in the net with the shrimp. Then the kids would throw those things back and watch the dolphins swim along-side the boat. This was one of my favorite days for sure. 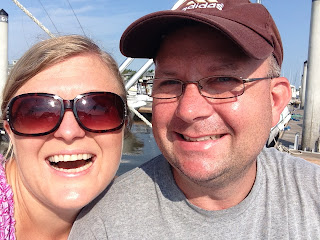 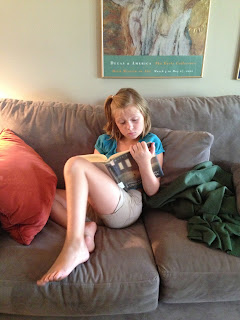 I think all of us finished a book on the trip. Emily finished two. So when it was time to go we were ready, but already talked about the trip we would take next year. Everybody agreed and we put the deposit down the day before we left, guaranteeing that we wouldn't let ourselves put it off with the rigmarole of life. The tradition is set! I couldn't be more thankful for such an amazing family to share life with than the Andersons. And as my kids grow up, I pray especially that my girls will have an amazing friend to grow in life with so that when marriage and motherhood come, their friendship will encourage, motivate, challenge, and love. And I pray they will never take it for granted, and that I won't either. 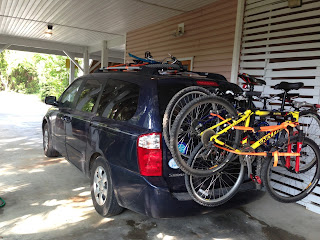 Posted by Scott and Malisa Johnson at 6:11 PM 1 comment:

The Garden
So my favorite part of gardening isn't the vegetables. Its the compost pile. I love my worms. We have a great friendship. I give them watermelon rinds, and they give me soil. Its a beautiful thing. Right now I have about 2-3,000 worms in the bin. A few months ago we dumped all the soil on a tarp and picked out the worms before tilling the soil in to the raised bed. We threw the worms back in the bin with a little bit of starter soil. 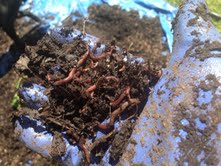 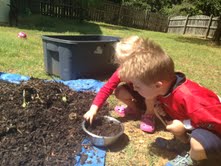 And now here we are. The worms have reproduced to the point of actually having to "feed the worms" to keep them alive. I probably throw in about 3-4lbs of food waste a week. My plants in the veggie garden have started to grow, but we have all of these "mystery" plants that I didn't plant. I've transplanted tomato plants from my basil garden, the oregano, the geraniums, and even the potted impatience. My theory is that at some point I must have put some mushy tomatoes in the compost, and now the seeds have sprouted everywhere I've put the compost. Needless to say, we will have a lot of tomatoes this year. 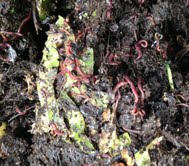 Posted by Scott and Malisa Johnson at 7:39 PM No comments:

Ahhh Summer. I have so many plans for you.

Posted by Scott and Malisa Johnson at 5:29 PM 3 comments: